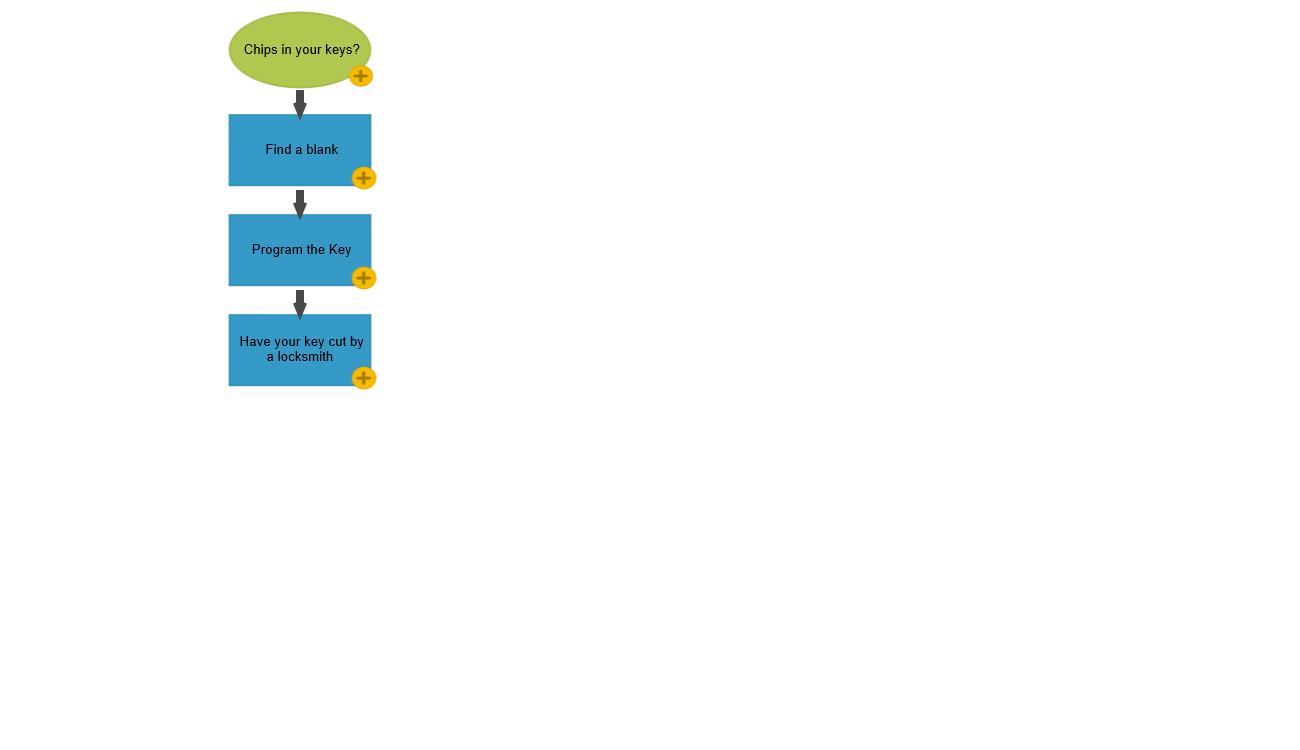 * Click a shape in the chart for more information

Chips in your keys?

Gone are the days of copies of your keys for few dollars. As an automotive locksmith many people ask me, “What is a chip key?” To help prevent vehicle theft, most car manufactures’ rely on a system that was designed during WWII. To help prevent friendly fire incidents against Allied Aircraft a new invention was created. A transponder system would “transmit” a signal to an aircraft. The aircrafts system would then see the signal and “respond” with a corresponding code, giving us the word transponder. The use of computers and microchips in vehicles allowed this basic design to be compressed into your car keys and vehicle anti-theft system computer. A simplified explanation of the system is as follows. Located around the mechanical key hole of your ignition there is an antenna coil. When the key is turned on the coil becomes energized and creates a small magnetic field. This magnetic field in turn energizes a small transponder chip imbedded in the plastic head of your key. The chip emits a signal to the antenna ring which the carries the information to the cars computer. If the signal contains the proper coding, it allows the car to start. The coding on earlier models was very basic, newer models can carry an 80 bit alpha numeric code.

What does all this mean?  Your car keys now cost 100s instead of a couple of bucks.  Use this guide to knock it back down to around $25.

Note!!!  This will not work for many specialty keys (laser cut keys).

Ebay is a great bet for finding blank chip/transponder/smart keys.  Search your car year and make with "OEM Key" and most of the time it will come up.

Have your key cut by a locksmith

Through a series of button pushing, door opening, and all sorts of other nonsense, you can tell your car how to program the blank key.  Thank goodness for the internet.  Again, search for your car make, model, and year, and then add "programming a blank key."

Car forums are a great place to find this information!

Example: How to program a 2006 Toyota Prius Key (and the search query)  Note that a working answer is the first search result.

Please enter label text and secondary text for this element